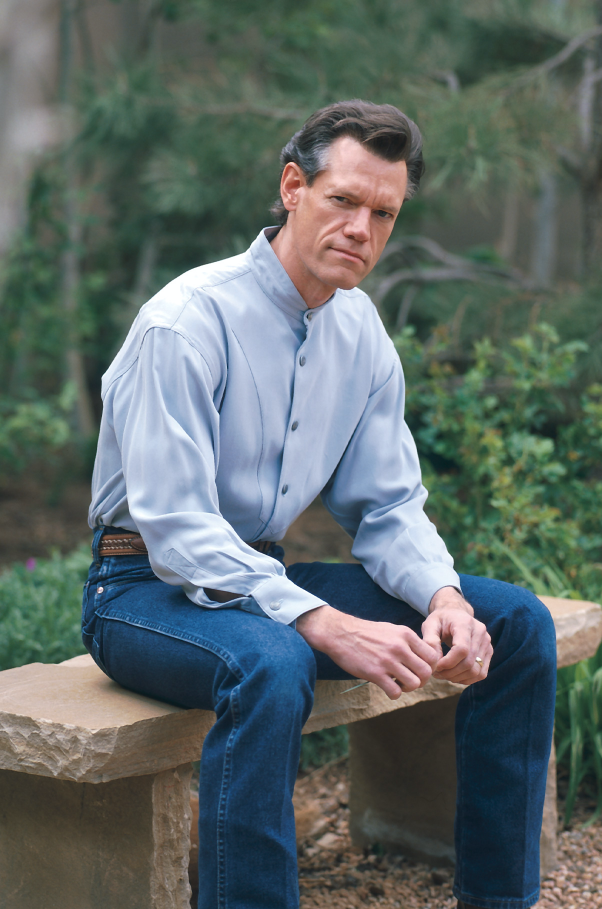 Both of those feats came about because of his 1986 LP Storms of Life. Now widely regarded as a landmark recording, it has sold more than three million copies and been nominated for the Grammy Hall of Fame. The collection yielded such iconic, career-launching performances as “On the Other Hand,” “1982,” “Diggin’ Up Bones” and “No Place Like Home.”

To celebrate its 35th anniversary, Storms of Life is being reissued in a Deluxe Edition by Warner Music Nashville. Its 10 original tracks have been remastered for fresh sonic clarity. In addition, three previously unheard songs that were originally recorded for the album in 1985 have been brought out of the vaults.

With this record, Randy Travis helped establish the “new traditionalist” stylistic revolution in his genre. Crowned the ACM’s Album of the Year, Storms of Life also placed him at the forefront of country’s youth movement. It turned the performer into a superstar, paving the way for such subsequent country idols as Alan Jackson, Garth Brooks, Tim McGraw, Blake Shelton and Toby Keith.

Storms of Life resulted in Randy Travis being inducted into the cast of the Grand Ole Opry in 1986. Many other accolades ensued, including getting a star on the Hollywood Walk of Fame in 2004 and election to the Country Music Hall of Fame in 2016.

The phenomenal success of Storms of Life also led to Randy Travis winning the CMA’s Horizon Award in 1986. He went on to win Male Vocalist of the Year awards in 1987 and 1988. The album’s “On the Other Hand” won the 1986 CMA Song of the Year prize, an honor repeated by “Forever and Ever, Amen” in 1987 and “Three Wooden Crosses” in 2003.

The fabulous career launched by Storms of Life wasn’t envisioned by its maker. His goal was something much more modest: Randy Travis simply wanted to be heard singing old-school, meat-and-potatoes, country songs.

Born Randy Bruce Traywick in 1959, he was raised in small Marshville, NC listening to his father’s records by Lefty Frizzell, Hank Williams, Ernest Tubb, George Jones and other hardcore country stylists. When he was 14, he and his brother began emulating those singers on local stages. Randy dropped out of school in the ninth grade and began drinking, stealing, raising hell and generally being a juvenile delinquent. He straightened out when he began to take music seriously as a regular performer at a Charlotte nightclub. His burnished baritone thrilled lovers of rootsy country music.

Relocating to Nashville, he became a singer and short-order cook at The Nashville Palace. For five years, he was turned down by every label on Music Row for being “too country.” Then a Warner talent scout heard him at the venue and signed him in 1985.

At the time, country’s decision makers were deeply invested in marketing pop-flavored records. The advent of Randy Travis led to pundits proclaiming him the “savior” of real country music. Storms of Life appeared alongside discs by several gifted, back-to-basics artists who were less explosive sellers – Ricky Skaggs, George Strait, Dwight Yoakam, Keith Whitley. They formed the core of the “new traditionalist” movement with Randy as its standard bearer.

His innate humility made him a reluctant leader. The ‘just folks” personality of Randy Travis endeared him to the media. His steadfast commitment to making true-blue country sounds extended his hit streak to include such classic 1990s singles as “Hard Rock Bottom of Your Heart,” “He Walked on Water,” “Look Heart No Hands” and “If I Didn’t Have You.” In 2009, Carrie Underwood teamed with Randy to revive his self-penned ballad “I Told You So,” earning the pair a Grammy Award. As a songwriter, he was also responsible for such hits as “Promises,” “Heroes and Friends,” “”Forever Together,” “Better Class of Losers,” “I’d Surrender All,” “The Box” and “She’s Got the Rhythm (And I Got the Blues).”

Randy Travis was unusual among his contemporaries for creating “concept” albums, such as the homage to his influences Heroes & Friends (1990) and his cowboy-themed Wind in the Wire (1993). A series of gospel recordings earned Randy further hits and awards in 2000-2004, including the chart-topping “Three Wooden Crosses” (2003) and the Grammy winning albums Glory Train (2004), Worship & Faith (2003) and Rise and Shine (2001).

Not long after securing country stardom, Randy embarked on a successful acting career. He guest starred on such TV series as Touched By an Angel, Matlock and King of the Hill. Casting directors found that his chiseled features made him suitable for roles as either stoic lawmen or granite-jawed criminals, so he appeared in more than 20 feature films, including The Rainmaker with Matt Damon and Black Dog with Patrick Swayze.

Randy used his prominence to make a difference to charities. He raised funds/awareness for cystic fibrosis, the Child Safety Network, Special Olympics, The Salvation Army, environmental efforts, the March of Dimes, Make-a-Wish and Operation Smile. The Randy Travis Foundation combats infectious diseases of the heart. His “Point of Life” (1991) was the theme song of Pres. George H.W. Bush’s volunteerism campaign. “America Will Always Stand” (2001) was his response to the 9/11 terrorist attacks.

His career was halted in its tracks when Randy suffered a massive stroke in 2013. His miraculous return was saluted with a tearful standing ovation when Garth Brooks inducted him into the Country Music Hall of Fame in 2016. In 2019, Randy and writer Ken Abraham documented the dramatic highs and lows of his life in an autobiography titled Forever and Ever, Amen: A Memoir of Music, Faith and Braving the Storms of Life.

Storms of Life is the record that originally made Randy Travis a pivotal figure in the history of country music. Its reissue emphasizes what a landmark it was/is, and its previously unheard performances underscore this artist’s stature as one of the greatest vocalists in the annals of country music. The lost-love ballad “The Wall” sounds like an overlooked country classic. Stuttering guitar and scampering fiddle accompany Randy’s toe-tapping delivery of “Ain’t No Use.” His performance on the honky-tonk heartache waltz “Carryin’ Fire” is a work of sheer brilliance.

Indeed, everything about Storms of Life mark Randy Travis as a monumental, masterful stylist for the ages. Both the artist and this recording are American music treasures.